Support Our Wildlife! Get The Latest News & Updates. 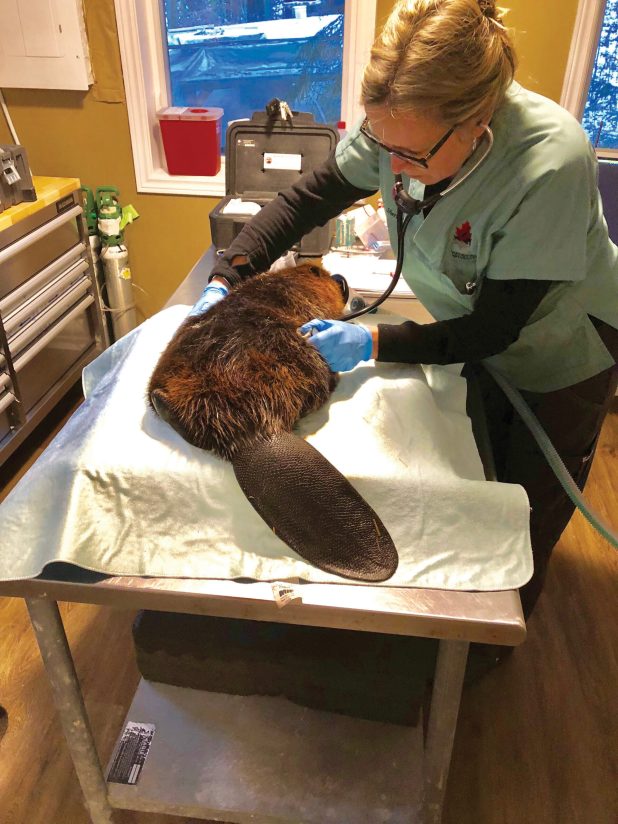 Sherri Cox has wanted to help animals for as long as she can remember.

“I’ve always loved wildlife and nature,” said Cox. “I’ve always had that passion to help animals who don’t have a voice, or anyone to look after them. We are the stewards of the environment, so we really have this moral responsibility to make sure they’re not suffering.”

Cox graduated from veterinary school in 2003, and soon after began working at a wildlife centre in Toronto. In 2014, she founded the National Wildlife Centre, a mobile veterinary clinic dedicated to helping wildlife animals. Over the past six years, she has cared for over 5,000 animals, including 200 different species.

“Right now, we exist in Caledon, but as a mobile wildlife hospital. Our focus has been helping wildlife resource leaders who are authorized in the province with their cases,” explained Cox. “Most wildlife rehabilitators are not veterinarians, I happen to be both. They need that help. Wildlife medicine is very different than dogs and cats.”

Cox and the team at the National Wildlife Centre continue to aid and provide education to rehabilitators and facilities that are working to help wildlife animals. Their next mission is to become a grounded facility in Caledon, where they have the space and resources to provide the proper care needed for the animals.

Around 100 acres of land in Caledon was purchased by the NWC in 2019 to start off the plans for the wildlife care facility. NWC has satellite hospitals across Canada, but is planning on making Caledon the ‘mothership’ of all the hospitals for training and networking.

“Wildlife rehabilitators are amazing, they work so hard. We’re able to support them to the best of our ability. The new project with the National Wildlife Centre will allow us to do that, but will have that fixed location where we can bring in more people for training in both wildlife rehabilitator, but also a wildlife veterinarian,” said Cox.

The organization has raised approximately $1 million so far for the National Wildlife Centre facility, but needs to raise another $4 million in order to complete the building. The centre, according to their website, “will be the leading provider for surgery, rehabilitation, conservation and education of Canada’s wildlife, as well as a hub for the wildlife community to train, learn, treat animals, and collaborate together.”

Caledon proved to be the perfect spot for the NWC facility, Cox says, not only because of the greenery and open space, but because of the need for wildlife help. NWC has a satellite hospital in Toronto, and in other surrounding areas, but not one in or in close proximity of Caledon.

But the facility won’t be just a place for animals to be treated. Education units are planning to be built for the public, as well as student veterinarians and veterinary technicians, who will have opportunities to learn more about wildlife medicine and treatment.

“It’s so people can learn about different things, whether it’s cohabitating with urban wildlife, or responsible angling for fishing. We find a lot of hooks in birds who’ve swallowed them, which leads to poisoning. So, we’ll give education to the public,” explained Cox. “Then we’ll have 40-seat capacity classrooms to teach wildlife rehabilitation, and others programs for veterinary groups.”

So what can the public do to help?

“Help us build the facility. We desperately need it. We need it for the public, and we need it for rehabilitators. It’s a $6 million project, for us to build what we need to build. We have bought the land, the 100 acres, and now we need to build the hospital. Whatever the public can do to help us with our goal of raising the funds, we can get that hospital built to serve the community and the wildlife,” said Cox.